Increasing carbon emissions and a reduction in the ability of the natural environment to absorb carbon dioxide is leading to an accumulation of greenhouse gases in the upper atmosphere. These gases trap more heat in the upper atmosphere leading to global warming and temperatures which are predicted to increase by 2 - 6°C by the end of the century (IPCC, 2007) South Africa produces the highest CO2 emissions in Africa and has one of the highest CO2 emissions per GDP in the world. (Van Mierlo, 2007)

South Africa has enjoyed some of the lowest energy costs in the world and energy efficient buildings have been seen as a luxury rather than a necessity. New legislation to improve the total building energy efficiency footprint has been introduced in South Africa making a holistic look at our building processes essential. Wispeco has taken the environmental requirement to heart and has introduced the first South African thermally Broken Window called Edge. Furthermore Wispeco created the Crealco product brand under which all its SANS (South African National Standards) complaint aluminium and door products are branded. 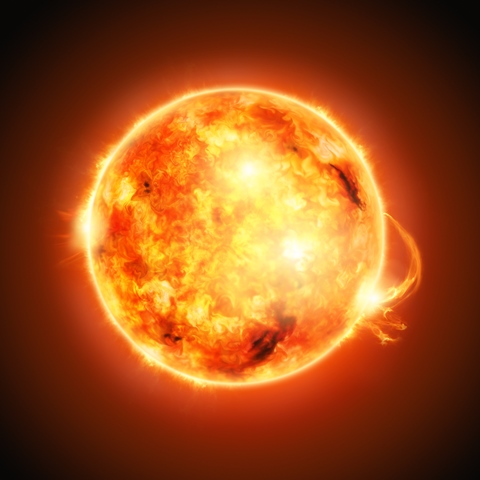 Conservation of energy is of serious concern in building design as a large amount of energy is expended in heating or cooling interior spaces. One of the priorities is to cut down on the internal illumination by increasing glazing to allow for increases in ambient light. This however increases the heat loss or gain to these spaces as windows in South Africa are notoriously bad insulators.

We are able to evaluate the thermal performance of building material by utilizing the U-Value Measurement. To put it simply, U-Value is the measure of the rate of heat loss through a material. Thus in all aspects of home design one should strive for the lowest U-Values possible because the lower the U-value - the less heat that is unnecessarily escaping. For example clear single glazed aluminium windows have a typical U-value of 5.6 while clear double glazed aluminium windows have a typical U-value of 2.8. The calculation of U-values can be rather complex - it is measured as the amount of heat lost through one square meter of the material for every degree difference in temperature either side of the material. It is indicated in units of Watts per Meter Squared per Degree Kelvin or W/m²K.

Note that Kelvin is used as the scale of temperature difference, but this is numerically equal to °C. So for example, one square meter of a standard single glazed aluminium window will lose/transmit 5.6 watts of energy for each degree difference either side of the window or a U-Value of 5.6. A double glazed aluminium window will be significantly better with a U-value of 2.8 i.e. only transmitting 2.8 watts of energy in similar conditions.

Air leakage
The flow of temperature through (in or out) the product through unsealed opening frames.

Conduction
The process by which heat is directly transmitted through a substance when there is a difference of temperature.

Convection
The movement caused within a fluid or air by the tendency of hotter and therefore less dense material to rise, and colder, denser material to sink under the influence of gravity, which consequently results in transfer of heat.

Radiation
Heat transferred in the form of light energy through glass (including non-visible spectra).

Both Clear Float Glass and Aluminium are relatively poor insulators of heat. In buildings, they equate to a large portion of the energy required to maintain optimal environmental conditions. Designing an Aluminium Glazed System to overcome all four heat transfer conditions is paramount to enhancing the saving of energy which can be achieved all year around.

Glass: Glass being transparent is not greatly affected by radiant heat as it allows heat in the form of infrared radiation to pass directly through it, heating a room directly. It is also a poor insulator from both conductive and convection properties. By changing the design and configurations of these materials and adding insulating weather seals, it is possible to substantially modify and convert these materials into an effective energy efficient system. On their own they remain inefficient, but in a system designed to isolate and modify the energy flows, they become highly energy efficient fenestration systems.

Hint: Understanding Insulation: If you touch a piece of glass or aluminium that is colder than your body temperature, it will feel cold, because it will conduct away your body heat; but touch a piece of plastic, even if the plastic is at the same temperature as the glass, or aluminium and it would feel warmer because it is a good insulator of heat.

The Benefits of Thermal Efficiency

Glazed systems are a major building cost. Thermally Efficient Glazed aluminium systems have the benefit of paying for itself. As energy costs increase, the energy saved though efficient building practices actually put money back in your pocket, effectively paying for themselves. South Africa has had one of the cheapest energy costs in the world. As we come into line with the rest of the world’s energy costs, we are starting to feel the effect of inefficient building energy design.

Energy Efficiency in building and in particular glazing systems has been reserved mostly for cold climate zones. This has been the obvious costs involved in heating buildings. Now, the costs involved in cooling buildings are becoming just as apparent. As important as it has been to keep heat inside a building, it is becoming as important to ensure that we are able to limit the heat coming into the building.

Smart glazing solutions take into account the angles of the sun in winter and summer, allowing more heat into the building in winter seasons and less in summer. In conjunction with other factors such as air infiltration, convection and low and high frequency radiation, it is possible to ensure maximum energy conservation throughout the year, taking into account seasonal changes. Apart from the obvious benefits that you can do to the environment through energy conservation, there is a financial benefit to specifying the correct thermal glazing solution for your project.

To assist professionals to design and specify energy efficient and structural compliant Creaclo windows and doors, Wispeco have developed U-Solve software. In addition it assists professionals to do the SANS 204 compliance calculations using actual whole window U-Values and SHGC (Solar Heat Gain Coefficients) and budget projections of the different aluminium systems and glass combinations per window/door and project.